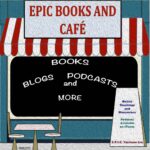 In this episode the Spirit of God reveals truths behind the conflict in Ukraine. God warns, “Don’t be moved by rumors of wars. It’s not what you think.” So what is going on? According to God, the conflict is real, but it has been created by the enemy as a distraction, but God is using it to “launch” His great Kingdom move in this hour. God declares that this is His “Grand Finale” before Jesus returns. A wicked counsel of men and women had plans to establish a “new world order,” but they failed to realize that they were merely characters in a stage play that God, Himself, created.